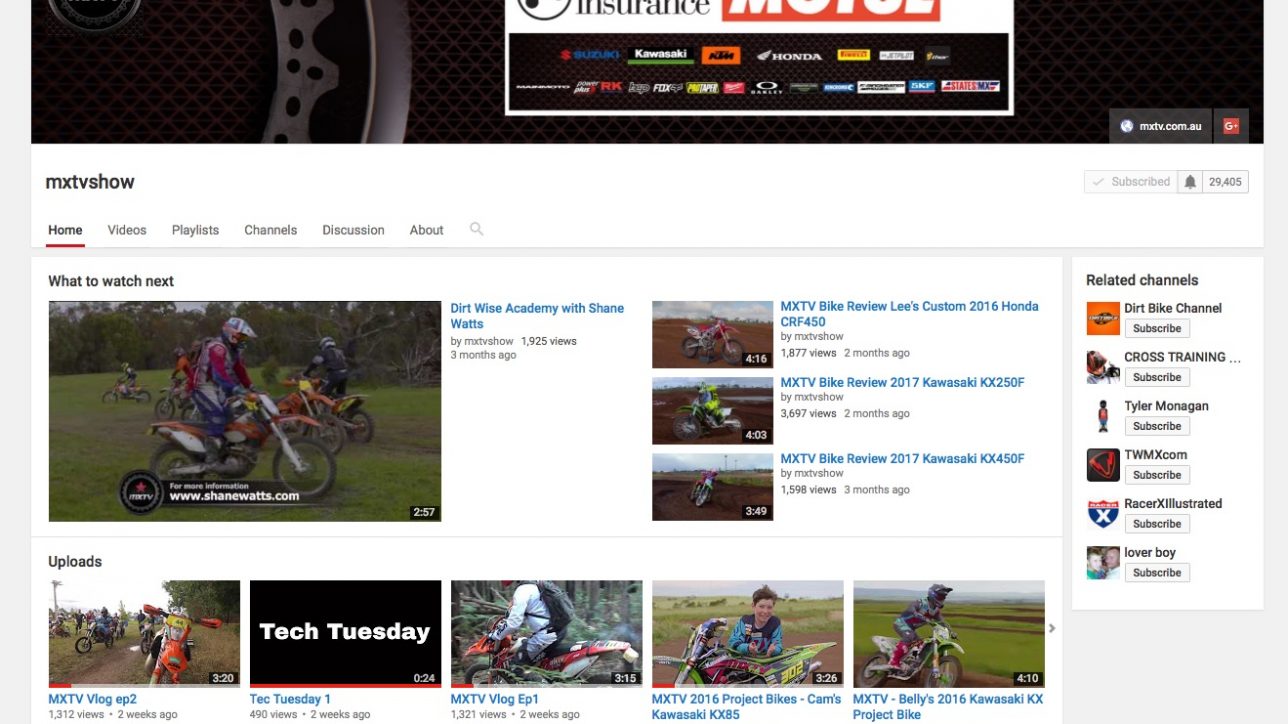 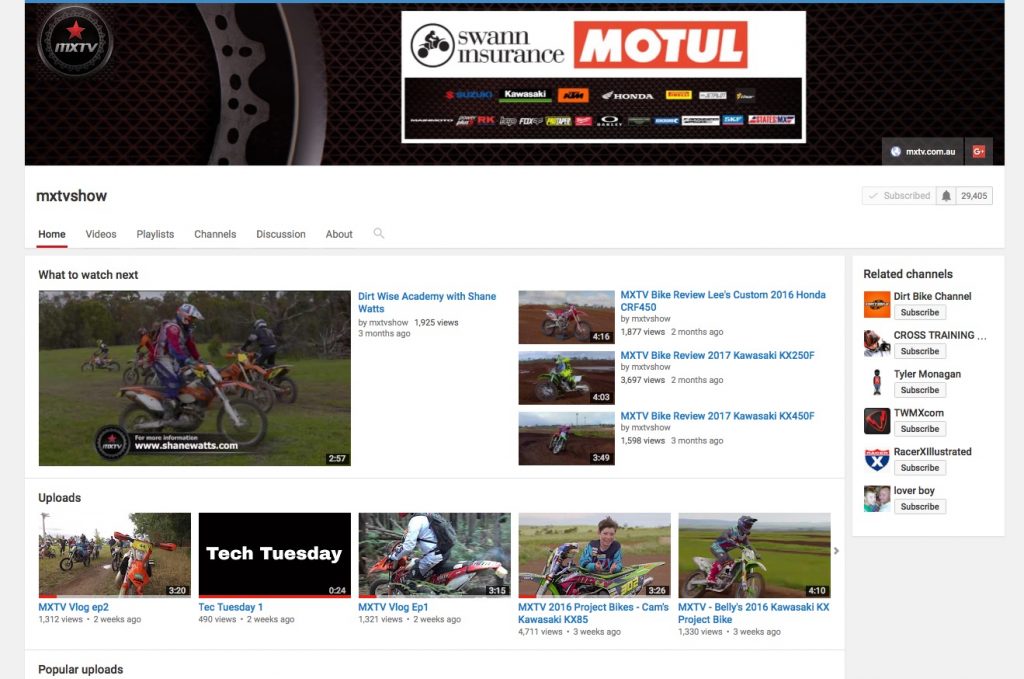 The work place can throw up some unusual challenges, one of mine back in 2008 was to grow a youtube channel for one of the TV Shows I handle the post production for here in Melbourne.

From a small beginning way back then, MXTV recently hit 11,660,026 views and that’s backed up by a subscriber base of 29405, who get a load of regular content either from finished episodes to vlog posts that the team record while on the road!

What has been truly interesting to watch is our jump in audience engagement in the last 12 months. We have always had steady growth, but in the last year, we’ve had a 25% increase in “minutes watched” with a total of 21,070,000 total minutes watched up until today! Our greatest source of this increase has been Mobile Phones. These account for nearly 50% of our audience views. Viewers though, are using a range of devices to access our YouTube channel though, from Smart TVs right through to games consoles.
Another interest change has been the fact that we have viewers coming in via YouTube Red, their “commercial free” service, where you’ll get none of those pesky pre-roll or pop up ads. This has accounted for nearly 66,000+ minutes of viewing, and will increase as viewers take up the paid-for option.

And being an Australian based show, you’d think our largest audience base would be based here, but for viewing minutes the US has nearly 50% more than the Australian count, with over 6 million lifetime views!

It’s been great to watch this outlet grow, and now boom as people globally take up more mobile technology, with Cisco Systems predicting that in coming years, internet video will account for over 80% of internet traffic. With the boom in streaming services it’s little wonder why!

As always, if you have any video production questions, across social media, corporate, training and even broadcast television just drop us a line via our contact form