Waaaaaaaaaay back when I made the decision to move to Melbourne and give the big city a shot, I had to crash course myself in learning some new software.

This was intense to say the least, and where was I going to find access to what I needed in Hobart?! I needed to learn the basics of Final Cut Pro as quickly as I could. So I went and saw the fabulous team at Wide Angle Tasmania, a body that’s charged with providing Tasmanian Filmmakers with access to gear and resources that they normally may not be able to afford. So the fact that I was able to hire a laptop for a weekend, crash course myself, and now 8 years later have a video production business that’s doing well, all goes back to that moment. The chance to access something I didn’t have, and that something would turn out to be life changing.

So last year Wide Angle called out for donations to help a film creation fund, to see two local films made. I didn’t hesitate to make a donation, as this may be the chance for someone else, to have a chance at their breakout moment. Because you should never underestimate the power of the chance to give back, no matter how big or small. 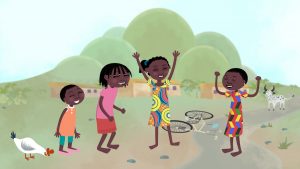