Video is rapidly becoming the communications avenue of choice. In fact Cisco are projecting that by 2019 80% of internet traffic will be video, which will make it an outlet that no business can ignore.

So why should you choose to produce a video for your business? Well the simple fact is, branded video content is almost as powerful a tool to acquire and interact with clients as your company’s website, and may even surpass it, with the rise of video integration across so many web platforms, from Instagram to Facebook and beyond, making it a much easier way to reach clients than potentially optimising your webpage’s SEO.

According to a survey conducted by research firm Demand Metric, nearly three-quarters of B2B participating marketers reported that video gave them better conversion rates than any other type of content. On Facebook, Socialbakers found that posting a video can give you, on average, 135 percent more organic reach than a photo.

And with the availability to specifically target your clients as they browse their favourite websites via your video conveniently popping up, this is something you certainly can’t do with your website. Here are 4 points you should consider:

Quality is nonnegotiable. Your video is a direct reflection of your brand. Don’t try to skimp on production costs. According to a survey conducted by Accenture Interactive, many people still find video ads intrusive, and low-quality videos — with ads, or not — are pretty much unacceptable to consumers.

Never fear though, you can make a high-quality video that’s two to three minutes long, for less than $5,000. Still, try to be flexible with your video budget if you can. A number of factors, including costs associated with equipment, location, licensing and other elements of the production life cycle, could affect the amount you ultimately pay for the finished product.

Authenticity is attractive. In video advertising, genuine communication — not talent — is what gets people to pay attention.

Take for example Chevrolet’s #DayItForward campaign, which it launched as a video series on Leap Day to promote a positive brand image. The video was a hit, but not for the reasons you might imagine. Yes, it featured a number of actors and celebrities, but it also took them out of the spotlight and leaned on real storytelling rather than acting prowess.

If your video includes interviews with company founders or other members of the team, those need to be natural, sincere conversations. So, avoid writing a rigid script and rehearsing lines over and over. If you do, subjects could end up looking and sounding like robots on camera, or come off as phony. Instead, have the production team conduct a casual interview with you. When your personality naturally shines through, your audience will relate to you more.

Think inside the box

Don’t spend loads of time and money trying to be the next Dollar Shave Club. Viral videos can certainly lead to sales, but so can videos that achieve a much smaller reach.

The key is to think about your target audience and communicate in a way that they appreciate. “The Glam,” a standard, 30-second spot for L’Oréal Paris La Palette Nude, relied on a traditional story line and TV-grade production quality to introduce audiences to a cosmetic product. The spot resonated among older test audiences especially, who are more used to this type of ad.

Once your video is finished, share it through a variety of channels. Including a video in an email can double or triple click-through rates, and creating space for it on your homepage can increase conversions significantly. Consider all potential avenues, even some “paid for” options like Facebook’s sponsorship options.

Social media platforms make it easier than ever to create an effective video ad campaign. Not sure you can do it? Consider this: In 2014, videos on Facebook were viewed 1 billion times a day. A little more than two years later, that number has grown to 8 billion — every day.

Given the ever-increasing importance of video in today’s business landscape, quality video ads are as essential as a website for effectively defining your brand’s values, purpose and product. Using these tips and tools, you’ll not only be able to reach your target audiences quickly and easily, but you could also attract customers you didn’t know you were looking for. 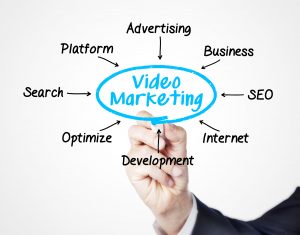